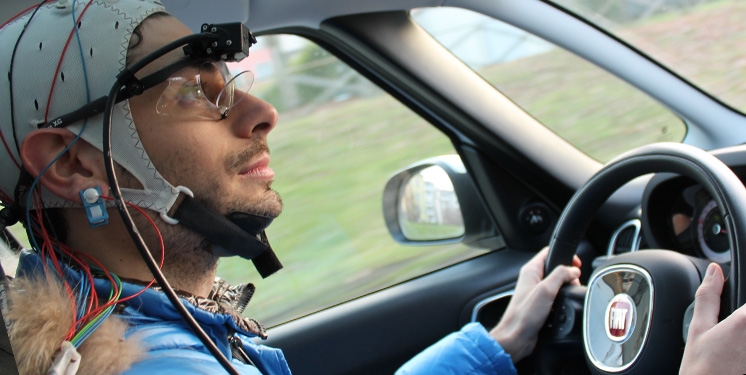 BrainSigns will participate in the SIMUSAFE EU project aimed to improve the safety of the road transport. BrainSigns's role will be the measurements of the cerebral activity of drivers in simulators during different drive conditions.

SIMUSAFE will involve 16 partners from several EU countries, including USA.

Road transport is known to be the most dangerous of all transport modes and poses a major societal challenge for EU. It has been claimed that 90% of road-traffic crashes are caused by driver error, being unsafe behaviour a significant factor in traffic accidents. Improving road safety means understanding the individual and collective behaviour of actors involved (drivers, two wheelers, pedestrians) and their interaction between themselves and safety-related systems and services.

The goal of SIMUSAFE (SIMUlator of Behavioural Aspects for SAFEr Transport) following the FESTA-V model methodology is to develop realistic multi-agent behavioural models in a transit environment where researchers will be able to monitor and introduce changes in every aspect , gathering data not available in real world conditions. Driving simulators of several vehicles (cars, motorcycles, bicycles) and Virtual Reality (for pedestrians) will be used to simulate test environments. This will also enable the evaluation of scenarios which are not possible even with naturalistic driving (dangerous conditions, multiple monitored actors in the same scene, under influence of substances).

Data collected from simulations will be correlated with naturalistic driving tests, such that the simulation and model aspects are the closest possible to real world data. From the developed model and collected data, impacting factors causing an event (crash, near collision, infractions) from the environment and road users will be identified and quantified.

Such knowledge will be the base for the development of more effective and pro-active measures for the prevention and mitigation of such factors, with subsequent impact in the safety devices market, regulations and driver education.